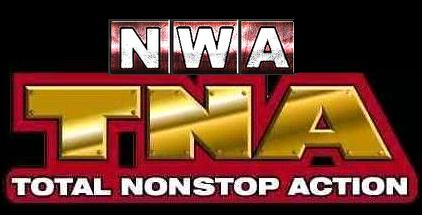 By: Larry Causion Jr.    CausionCreations.com
Posted: Saturday, May 30, 2015
Vol. 2 - Life after WCW
After several years of financial struggles, a huge boom period from 1996 to mid 1999, and a fall from a cliff that can only be compared to the sinking of the Titanic, WCW was sold to Vince McMahon in 2001.

Officially the wrestling war that had ignited the country was now over, and the WWF was king. So many wrestlers who were employed by WCW and ECW, who also went out of business and sold to WWF, were now out of a steady company to work for.

Sure you had various Independent promotions who ran regional or local weekend shows, but none of the small organizations had the finances, or profile to pay all of those out of work wrestlers, the money the wrestlers were making while working for WCW.

The fact is, the war was over and ultimately the real losers were the workers and the fans. Sure, some of the big names life Goldberg, Nash, Hogan and Savage were still being paid on their guaranteed contracts from Turner, the former owners of WCW. Some wrestlers were hired by WWE and brought in as a part of the invasion story line. And some were able to transition into working in Mexico or Japan.

But those were the minority. the vast majority of performers were either guys WWF had no interest in signing due to size, lack of awareness, past issues, or lack of star power. Most guys were forced to simply start over.

Well, one of the guys who really didn't have the option to go back to the WWF was Jeff Jarrett. In 1999, Jarrett left the WWF for WCW on bad terms, and vowed never to return, as Vince McMahon attempted to embarrass him on the way out by forcing him to drop the IC title to Chyna, a female wrestler. Jeff saw this as Vince's way of getting back at him on his way out. The bad blood built to a boiling point and Jeff knew he wouldn't be welcomed back once WCW's doors closed.

So over the next year, Jeff and his father Jerry Jarrett, formulated a plan to found and promote their own wrestling company. The company would become a member of the National Wrestling Alliance (NWA) and be called TNA, Total Nonstop Action. Of course the name was supposed to be a take on the acronym Tits and Ass.

The business model during the early days was unique to say the least. They didn't tour and when the company started in 2002, they ran weekly pay-per-view events from Tennessee. That's right, weekly PPV's.

The company had issues that were sure fire indicators it would be successful from the start. Let's take a look at some of them.

Despite what anyone says to the contrary, “NWA” was not a valuable brand name in 2002. If you ask someone on the street what the NWA is, they’ll probably have no clue, unless you ask someone from the deep south, who might know from their childhood, or someone who loves rap.

None of these people can realistically be considered top stars, and worse, many were still seen as WWF cast-offs. Hall was even fired on TV for being a loser.

They claimed that they are providing premium television programming like HBO. There are a couple of problems here. First, people don’t have to remember to call their cable company every single week to buy HBO. Second, NWA TNA is a two-hour show that costs $9.95, which, for those of you who are bad at math, is about $5 per hour. HBO, at $5 per hour, would cost $3,600 per month. Therefore, you cannot compare NWA TNA to the Sopranos or Oz, because fans of those HBO shows are also getting over 700 hours of other programming for their low monthly fee. TNA is tried to sell their PPV's without TV, period. When you look at how much effort is needed for WWE to generate even a limited number of buys, at 9.99 a month for the Network, this is even crazier in hindsight.

They relied to heavily on the internet. To make the compnay a success and get a return on their investment, they needed over 600,000 “viewers” to get their required 50,000 buys every week. Where were these “viewers” going to come from without TV? Word of mouth? Internet promotion? Near the end, ECW was doing 60,000-70,000 buys per month, and that was with both Internet support and a weekly one-hour television show on TNN. NWA TNA needed 50,000 buys per week, or 200,000 total per month, to survive, and they had no TV and questionable Internet support.

Since running their first weekly PPV in June of 2002, TNA went through many stages.  They went through the optimistic stage early, where people who really didn’t understand what the company was getting itself into went off on how this was a brilliant idea that would quickly create legitimate competition for WWF. Then they went through the stage where they realized that unless things changed quickly, they were going to go out of business.

From its formation, TNA lost large sums of money, leading to the initial investor, the Health South Corporation, withdrawing financial support in October just a few months into the first year.


Join us next week as we look at the sale of TNA and the investment of the company that is still keeping it afloat till this day.