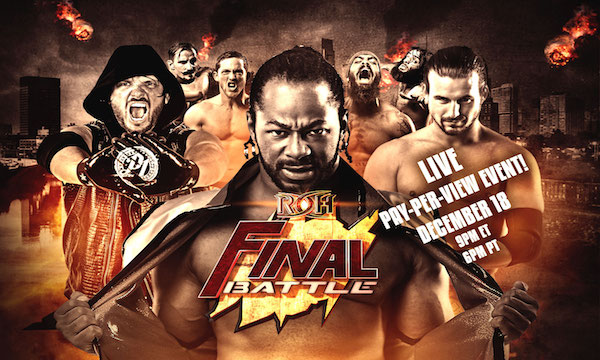 JAY LETHAL VS. A.J. STYLES FOR ROH TITLE
​Excellent match.  Most of the match was Lethal working on Styles' lower back.  Styles took a lot of punishment.  He took whips into the guard rail.  Lethal did two topes but on the third, Styles did a springboard off the guard rail into an elbow.  Lethal also threw Styles over the top rope through a table.  Styles kicked out of the first Lethal injection. 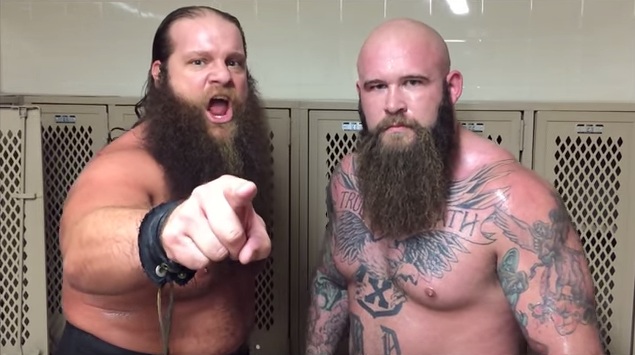 MICHAEL BENNETT & MATT TAVEN
​VS. RAY ROWE & HANSON
FOR TAG TITLES
​Hanson & Rowe won the belts in 3:00.  Bennett came in with a cracked rib and Taven may have blown out his knee, plus Bennett & Taven's future in ROH was in question since they haven't signeda new deal.  Taven gave Rowe a spike piledriver off the middle rope to the floor before the match started.  He came back and stopped selling that way too fast.

Taven was being helped out of the ring.

We just got word Taven has a right knee injury from he spike piledriver spot before the match even started.  Until he's examined there's no word how serious it is, but it's never a good time for such an injury and this is probably a really bad time.'

RODERICK STRONG VS. BOBBY FISH FOR THE TV TITLE
​They did a total screwjob finish.  Fish got Strong in a heel hook and Strong tapped out but ref Todd Sinclair was positioned badly and he didn't see it.  Fish got up and celebrated the win and fans chanted "You tapped out."  Strong gave him a flying knee to the chin and got the pin.  This was a very well wrestled match from start to finish.  The crowd was with it but not over the top with it.  Strong had a lot of cool backbreaker type spots and Fish's big spot was a falcon arrow off the top rope.

ACH & MATT SYDAL & ALEX SHELLEY VS.
CHRIS SABIN & CHRISTOPHER DANIELS & KAZARIAN
​There were a few rough spots but overall this was really good.  The story of the match was that Sabin would never get in with Shelley, even at the end they never had that spot.  The finish saw ACH use the 450 on Sabin followed by Sydal doing the shooting star on hiim for the pin.  Shelley had given Kazarian a DDT on the apron.  At one time they lost the crowd but they got them back.  Sydal is really good.  Everyone in this match was.  Sabin isn't what he once was but after all the injuries but whe it was in he was good. 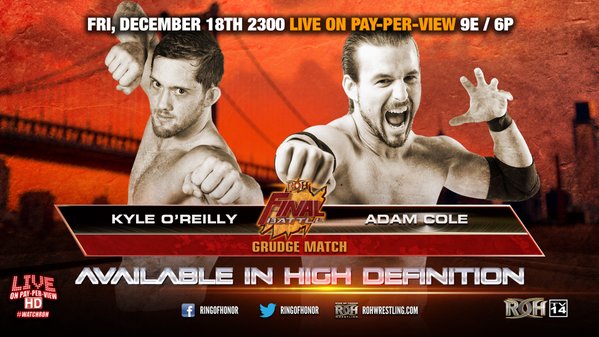 ADAM COLE VS. KYLE O'REILLY
​This match was great.  The finish saw O'Reilly catch Cole in the triangle, but Cole got his feet on the ropes and pinned him.  O'Reilly attacked him after twice putting him in armbars.  Crowd was chanting "O'Reilly" when this was over.  Mostly O'Reilly doing all kinds of submissions and Cole escaping and hitting big moves including a number of superkicks.  We may need a moratorium of those the rest of the night.  This match had flying, submissions, kicks, knees, palms, a Frye-Takayama spot, dropkicks off the apron by O'Reilly knocking Cole off a chair.

MICHAEL ELGIN VS. MOOSE
​Elgin won clean with a burning hammer after crotching him.  Both shook hands and raised each others hands when it was over.  Before Elgin hit the burning hammer, he said, "Lethal, I'm coming," talking about their match at the Tokyo Dome.  The Dome match was mentioned several times with the idea that Elgin faces Lethal no matter what happens in the title match.  Moose is still green but for a huge guy he was flying around.  Elgin did some good power moves including a two German suplex spot.  Moose did a plancha over the post and a couple of high dropkicks.  No controversy on the finish.

DALTON CASTLE VS. SILAS YOUNG
​Young won again when Castle accidentally knocked down one of the boys, which distracted Castle, and Young used the TKO, called Misery, for the pin.  Crowd was into the match.  Match was solid.

Young after the match said I've already taken your boys and beaten you twice and told him to do the right thing and admit that I'm the real man.  Crowd wasn't happy with that.  He didn't and Young put the boots to him and told him to admit it.  Castle refused and Young kicked him some more.  Young brought in a chair.  The boys each had a chair.  He told Young to call him the real man or he's going to sic the boys on him.  The Boys were about to hit him with chair shots.  Castle said, "You're a man, but you're a foolish man."  The Boys then turned on Young and Castle spun him around and slammed him.  So they all reunited.  They all posed together.

YOUNG BUCKS VS. ALL NIGHT EXPRESS
​VS. MARK & JAY BRISCOE
​The All Night Express won with a Super One Night stand (combination superplex by Titus and blockbuster by Kenny King) on Mark Briscoe.  The match was shorter than you'd think, all big moves and about 200 superkicks by the Bucks.  The crowd early on booed whenever Titus & King would tag in as they only wanted to see the Bucks vs. Briscoes.  Lots of dives, Matt & Nick both did 450s on Titus but King saved, there was a Meltzer driver in there as well.  Crowd was really into it.